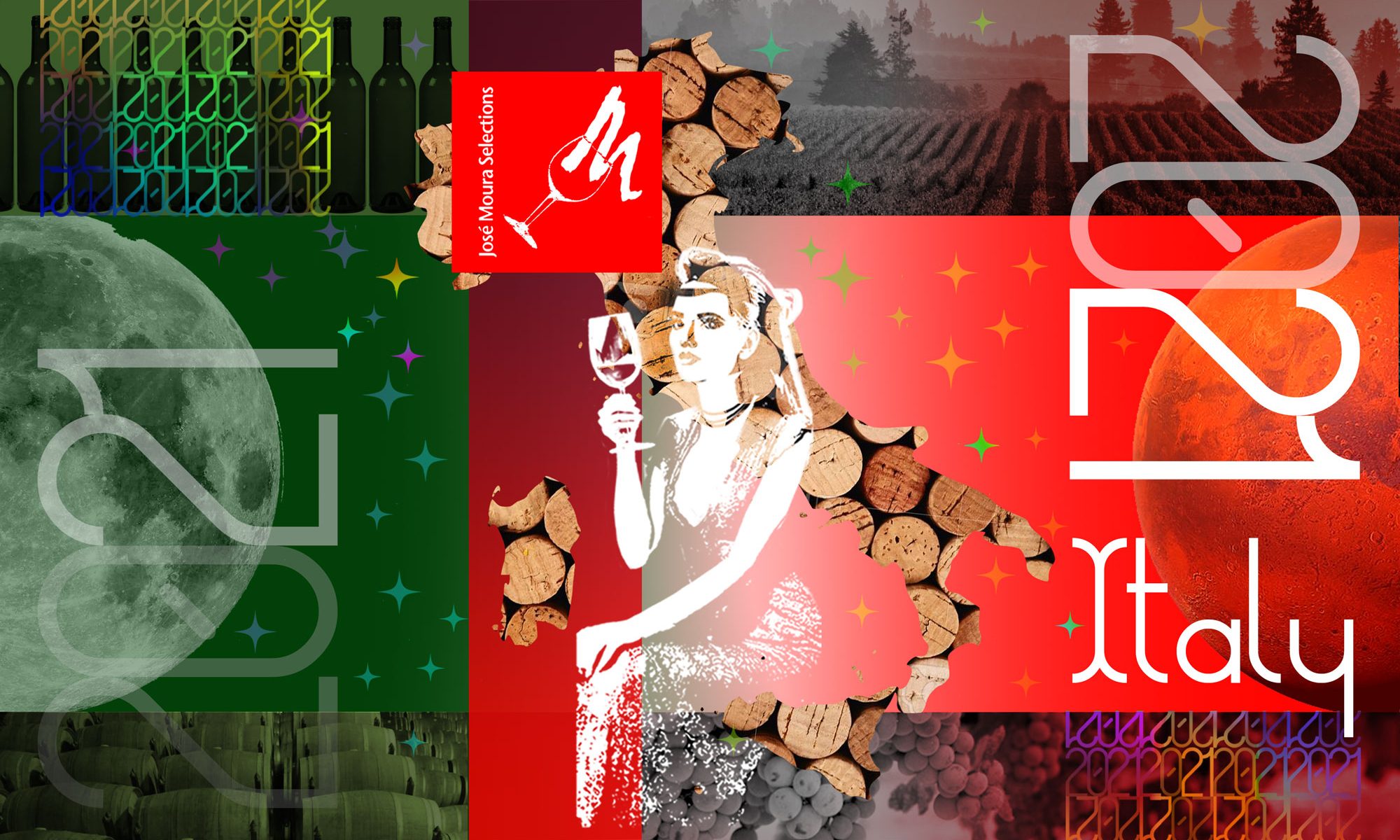 Welcome to the José Moura Wine List 2021: Selections from Italy.

Italy is the world’s largest producer of wine, and is home to some of the oldest wine-producing regions. Its contribution in wine represents about one fourth of global production. Grapes are grown in every region of the country and there are more than one million vineyards under cultivation.

Although vines had been cultivated from the wild Vitis vinifera grape for millennia, it was not until the Greek colonization that wine-making flourished. Viticulture was introduced into Sicily and southern Italy by the Mycenaean Greeks, and was well established when the extensive Greek colonization transpired around 800 BC. It was during the Roman defeat of the Carthaginians (acknowledged masters of wine-making) in the 2nd century BC that Italian wine production began to further flourish. Large-scale, slave-run plantations sprang up in many coastal areas and spread to such an extent that, in AD 92, emperor Domitian was forced to destroy a great number of vineyards in order to free up fertile land for food production.

Today, Italy has twenty wine regions which correspond to the twenty administrative regions of the country. Understanding the differences between these regions is very helpful in understanding the different types of Italian wine. A distinction of Italian wine is the close relationship to food. Here, wine tends to reflect the local cuisine. However, winemakers have also been inspired to create new blends and aging processes to best pair with the local harvest and culinary trends.

The wines imported by José Moura Selections tell a story about the bond between a Romance culture and its land. In Italy, we continue to find exquisite examples of that bond.

In the Treviso Provence of Veneto, there is The Fontana Delle Tette, an old fountain carved of Treviso stone built in 1559 which, under the rule of the Venetian Republic, pours white and red wine during special celebrations. Most of the time, the carved fountain, fashioned in the form of a topless woman squeezing her breasts, just pours water out of her nipples. This is where our celebrated Sprezzatura Brut Cuvée Esperanza comes from.

Most Prosecco sparkling wines are produced in the Eastern part of Veneto, close to the Venice Lagoon between the hills of Treviso, the plain of the Piave river and Adriatic coast.

One of the unique characteristics of Piedmont is that most of its wines are produced on family estates, made up of relatively small parcels of land. The main grape grown here is the distinguished Nebbiolo, which is the base for the famed Barrolo, Barbaresco, and Gattinara among others.

Montepulciano is the fifth most widely planted red grape variety in Italy – behind Sangiovese, Barbera, Merlot, and Negroamaro. In Abruzzo, it is the principal grape behind the DOC wine Montepulciano d’Abruzzo (designated in 1968). The wine is made throughout most of Abruzzo, ranging from Molise in the south to the Marche in the north, and inland against the Apennine mountains. Montepulciano d’Abruzzo wine can be at least 85% Montepulciano with Sangiovese permitted but not required, at up to 15%. Montepulciano is noted for producing darkly colored wines with sweet tannins, deep fruit, low acidity, and aging potential. Ca del Moro Fantello is a bold example of this Italian red.

Bordering on Tuscany and right above Rome is the lesser-known and lesser-travelled region of Umbria. Of course, every corner of Italy is seemingly filled with rich history, art, culture, and majestic scenery, and Umbria does not disappoint!  It’s here where you’ll find some of the most amazing, delightfully undervalued Italian wines – from the crisp, dry white wines of Grechetto to the deep colored, antioxidant-rich reds of Sagrantino.

The fruit forward red wines from Apulia (Puglia) are a great way to get started with Italian wines. Most are very affordable and the region as a great number of esoteric sweet red wines that grow nowhere else in the world.