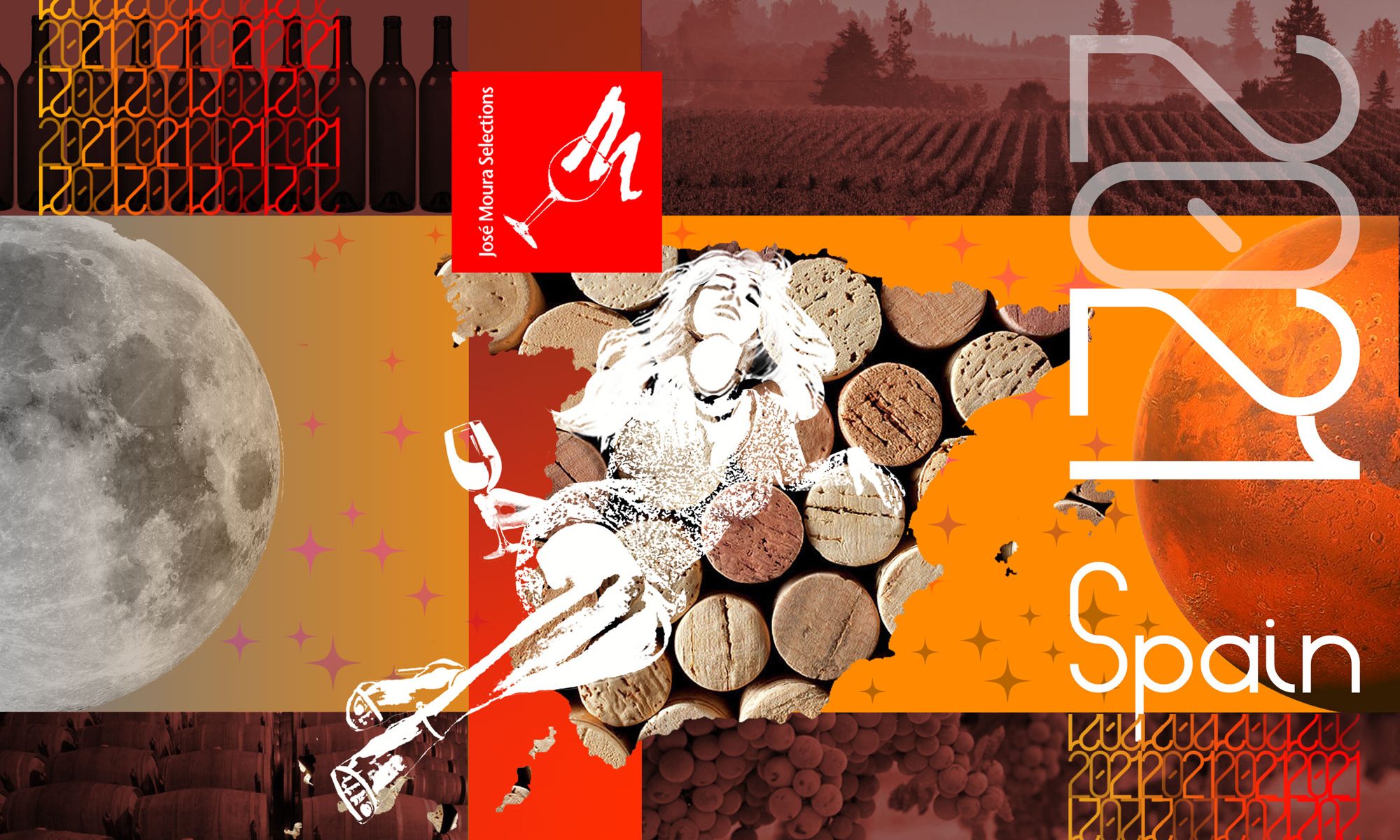 Welcome to the José Moura Wine List 2021: Selections from Spain.

The Phoenicians first cultivated the Iberian Peninsula for winemaking around 1100 BC. The great historian Fernand Braudel remarked in The Perspective of the World that Phoenicia was an early example of a “world-economy” surrounded by empires. The high point of Phoenician culture and sea power is usually placed c. 1200–800 BC. It was during this time that vineyards in what is today the southern Andalucía region of Spain were planted. Wine was produced in the Iberian Peninsula centuries before the Roman Empire.

Today, Spain is a winemaking superpower, with bottles of Rioja being poured every day in every corner of the globe. José Moura Selections began importing wines exclusively from Spain in 2003. Since before the renewed interest in Spanish wines in the United States, we have been creating great relations with local winemaking families and cooperatives throughout the country. The wonderful experience in dealing directly with winegrowers on this local level helped create our business model, which we later used to create our France and Italy catalogues.

Before we import wine, we create relationships. And those relationships have helped us create a robust portfolio that highlights quality and great value, presented here under corresponding regions.

The legendary Rioja wine is made from grapes grown in the autonomous communities of La Rioja and Navarre, and the Basque province of Álava. The earliest written evidence of the grape in La Rioja dates to 873, in the form of a document from the Public Notary of San Millán dealing with a donation to the San Andrés de Trepeana (Treviana) Monastery. As was the case in many Mediterranean lands in mediaeval times, monks were the main practitioners of winemaking in La Rioja and great advocates of its virtues.

Since then, winemaking in this region became a very serious practice. In 1635, the mayor of Logroño (the capital of La Rioja province) prohibited the passing of carts through streets near wine cellars, in case the vibrations caused a deterioration of the quality of the wine. That kind of obsessive protection and nurturing of the craft in this region has yielded a heritage of exquisite wine for centuries. Our Monasterio de Yuso Reserva is a great example of the famous Rioja.

Priorat county is located in the province of Tarragona, in the southwest of Catalunya. The area comprises the valleys of the rivers Siurana and Montsant. The vineyards are planted on the slopes on terraces at altitudes of between 300 and 2,300 feet above sea level. The area is of volcanic origin which contributes to interesting characteristics to the soil.

Priorat is one of only two wine regions in Spain to qualify as DOCa, the highest qualification level for a wine region according to Spanish wine regulations, alongside Rioja DOCa. Priorat is the Catalan word, the one that appears most often on wine labels, while the Castilian equivalent is Priorato. Our Arc de Pedra Priorat demonstrates the deep richness of this wonderful region.

Due to its geographical isolation, Terra Alta traditionally only made wine for local consumption and has only recently started to produce modern, Mediterranean style wines. This Catalan Denominacíon de Origen (DO) covers the west area of the Tarragona province in Catalunya, Spain, which includes 12 inland municipalities. As the name indicates (Terra Alta = High Land) the area is in the mountains. It is featured in a number of Picasso’s paintings.

The summers are long, hot and dry and the winters are very cold. There is a risk of late frosts in spring. A dry wind, known as el Mestral from the valley of the River Ebro is influential in keeping humidity low and thus protecting the vines from disease. Arc de Pedra Terra Alta White Garnacha is a sublime, refreshing example of a 100% Garnacha from this area.

Ancient Iberian settlements, such as the one at Los Villares, show that grape growing and wine production in the area dates from at least the 7th century BC. Utiel-Requena is the only region in which wine has been continuously produced for more than 2,500 years. In the 1st century BC, the ancient Romans, after defeating the Carthaginians, settled the area and introduced new wine making techniques. Our Cava Castellar Brut and Rosé demi-sec are wonderful examples of long traditions and advanced winemaking methods in this region.

Long before Miguel de Cervantes released Don Quixote into the windswept, battered plateau of La Mancha, wine from this region was encouraging bravery and adventures throughout the Iberian Peninsula. The first written documentation on viticulture in the region dates from the 12th century, though it is generally believed that vines were introduced by the ancient Romans as in other regions of the peninsula. Wine production took off in the 1940s due to the setting up of numerous cooperatives in the region.

Ojos del Guadiana Gran Reserva is a prime example of the Tempranillo wine of this region.

Viticulture has been a significant economic activity in Castilla y León for over 2,000 years. Although it is the largest of Spain’s 17 administrative regions, the acreage devoted to vineyards fell significantly in the late 20th and early 21st centuries as focus shifted from quantity to quality. The application of the most modern aging techniques has notably improved the Castilla y León wines, which today compete with La Rioja and are well known outside the Spanish borders.

Our Story Hill selections represent a great value from this region.