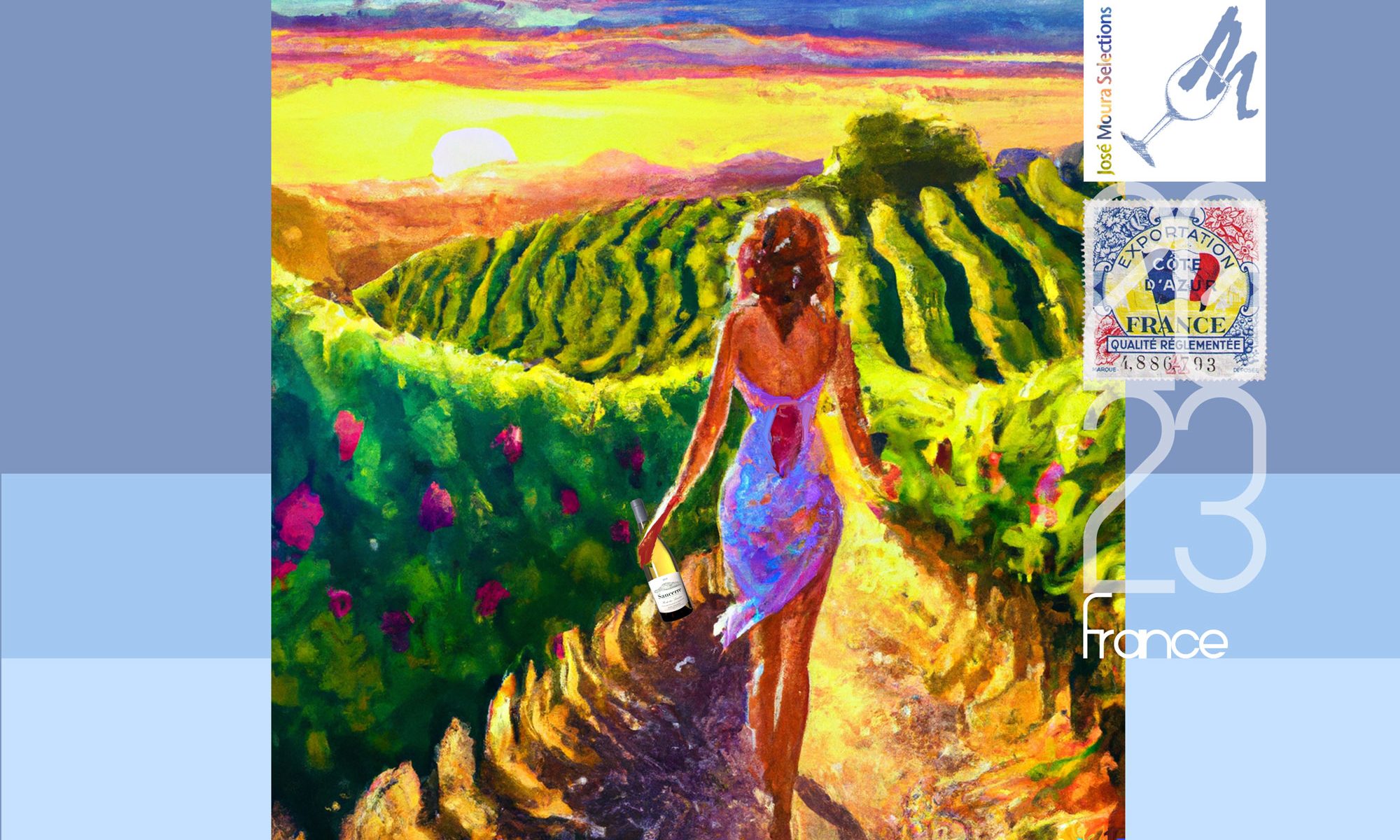 Welcome to the José Moura Wine List 2023: Selections from France.

French wine originated in the 6th century BC, with the colonization of Southern Gaul by Greek settlers. Viticulture soon flourished with the founding of the Greek colony of Marseille. Wine has been around for thousands of years in the countries on the Mediterranean but France has made it a part of their civilization and has considered wine-making as an art for over two thousand years.

From the northern reaches of Champagne to Aix-en-Provence in the south, José Moura’s selections cover most of the major regions from this storied winemaking country.

The Loire Valley is often divided into three sections. The Upper Loire includes the Sauvignon blanc dominated areas of Sancerre and Pouilly-Fumé. The Middle Loire is dominated by more Chenin blanc and Cabernet franc wines found in the regions around Touraine, Saumur, Chinon and Vouvray. The Lower Loire that leads to the mouth of the river’s entrance to the Atlantic goes through the Muscadet region which is dominated by wines of the Melon de Bourgogne grape.

The Loire river has a significant effect on the mesoclimate of the region, adding the necessary extra few degrees of temperature that allows grapes to grow when the areas to the north and south of the Loire Valley have shown to be unfavorable to viticulture.

Our selections from Roche des Lumières represent an exceptional value for this choice region.

The wine regions of Bordeaux are a large number of wine growing areas, differing widely in size and sometimes overlapping, centered on the city of Bordeaux and covering the whole area of the Gironde department of Aquitaine in southwest France.

The Bordeaux region is naturally divided by the Gironde Estuary into a Left Bank area which includes the Médoc and Graves and a Right Bank area which includes the Libournais, Bourg and Blaye. The Médoc is itself divided into Haut-Médoc (the upstream or southern portion) and Bas-Médoc (the downstream or northern portion, often referred to simply as “Médoc”).

In the video before our Bordeaux list of wines, renowned wine consultant Eric Boissenot discusses the secret of Bordeaux wines blending.

The wines of Provence, located in the southeast corner of France, were probably introduced around 600 BC by the Greek Phoceans who founded Marseille and Nice. After the Roman occupation, in 120 BC the Roman Senate forbade the growing of vines and olives in Provence, to protect the profitable trade in exporting Italian wines, but in the late Roman empire retired soldiers from Roman Legions settled in Provence and were allowed to grow grapes.

The grapes of Provence are grown under demanding conditions; hot weather and abundant sunshine (Toulon, near Bandol, has the most sunshine of any city in France) which ripens the grapes quickly; little rain, and the mistral. However, new technologies and methods have improved the quality considerably in the last 50 years. The Cascades Coteaux d’Aix-en-Provence Rosé is one of the brilliant realizations of these efforts.

European Union law and the laws of most countries reserve the term “Champagne” exclusively for wines that come from this northeast region, located about 100 miles (160 km) east of Paris (everything else is sparkling wine). The viticultural boundaries of Champagne are legally defined and split into five wine producing districts within the historical province: Aube, Côte des Blancs, Côte de Sézanne, Montagne de Reims, and Vallée de la Marne.

The Champagne province is located near the northern limits of the wine world along the 49th parallel. The high altitude and mean annual temperature of 10 °C (50 °F) creates a difficult environment for wine grapes to fully ripen. Ripening is aided by the presence of forests which helps to stabilize temperatures and maintain moisture in the soil. The cool temperatures serve to produce high levels of acidity in the resulting grape which is ideal for sparkling wine. Our Lété-Vautrain selections are exquisite and accessible examples of this famous region.

The Rhône, in southern France, is generally divided into two sub-regions with distinct vinicultural traditions, the Northern Rhône (referred to in French as Rhône septentrional) and the Southern Rhône (in French Rhône méridional). The northern sub-region produces red wines from the Syrah grape, sometimes blended with white wine grapes, and white wines from Marsanne, Roussanne and Viognier grapes. The southern sub-region produces an array of red, white and rosé wines, often blends of several grapes such as in Châteauneuf-du-Pape.

Our Reserve De L’Abbe Côtes Du Rhône is a choice sample of this region.

Wines from the Alsace region in France are primarily white. Because of its Germanic influence, it is the only Appellation d’Origine Contrôlée region in France to produce mostly varietal wines, typically from similar grape varieties to those used in German wine. Along with Austria and Germany, it produces some of the most noted dry Rieslings in the world as well as highly aromatic Gewürztraminer wines. Our Frey-Sohler selections are a testament to this.